When Will the Name of the Royal Baby Be Announced?

Kate Middleton and Prince William finally welcomed their third child to the delight of royal fans across the globe on Monday, and yes, the internet promptly proceeded to freak out. While we know that Prince George and Princess Charlotte’s new sibling is a baby boy, we’re not quite sure that the family has chosen to name him.

So when will we find out? There’s no official word as to how long we’ll have to wait, but judging by what went down after the birth of George and Charlotte, it shouldn’t take too long. George, 4, was born on a Monday, and Kensington Palace released his official name—George Alexander Louis—on Wednesday, just two days after the birth of the couple’s first child together. “The baby will be known as His Royal Highness Prince George of Cambridge,” a statement read.

It appears that the two-day mark is perhaps a sweet spot for the royals. Princess Charlotte, 2, was born on a Saturday, and Kensington Palace also released a statement about her name two days after, on Monday. “The baby will be known as Her Royal Highness Princess Charlotte of Cambridge,” it read, confirming that Charlotte Elizabeth Diana’s name honored the late Princess Diana.

According to His Horoscope, the Royal Baby's Got a Rebellious Streak

While we can expect a similar timeline for this new child, there are other reasons for the delay. According to Town & Country, it’s all about making sure they’ve made their mind up. “The reasoning is perhaps two fold. On one hand there's a desire to inform the families before a public declaration is made and any new parent appreciates having a little private time to get to know their new addition before the onslaught of announcements," commentator Victoria Arbiter said.

“Royals, however, also have to consider the great responsibility in naming a new member of the family and I expect they want to be a hundred percent certain of their choice before announcing the name and sealing the baby's place in history."

The countdown for the royal baby name reveal is officially on. 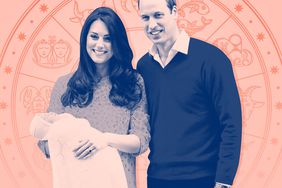 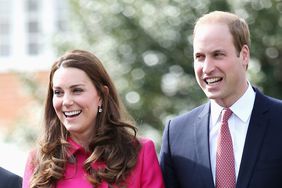