Welcome Back Wednesday: JoJo Is Back and Better Than Ever

Simple, cutthroat, and to the point, it’s arguably one of the most poignant song lyrics of the early aughts. And it was delivered by a then-unknown, impossibly sassy singer from the suburbs of Massachusetts by the name of Joanna Noëlle Blagden Levesque, aka JoJo. “Leave (Get Out)” was released on February 24, 2004 and quickly became an international hit, charting in Australia, New Zealand, and the United Kingdom and reaching number one on the Billboard Pop Songs chart. At the ripe age of 13, JoJo became the youngest solo artist in the country to have a number-one single.

Fast-forward 13 years later, JoJo is back in the spotlight promoting her new album Mad Love and kicks off a corresponding U.S. headlining tour today in Portland, Ore. “[The album] is inspired by my experience being away from the spotlight in the past few years and getting to fall in and out of love, have my heart broken, and break a couple hearts,” she said on a recent visit to InStyle HQ. “But really what Mad Love means to me is the abundance of love that I feel for getting to do what I love and still having support after all of these years ... it’s just the best feeling.” Welcome back, JoJo!

Head to ticketmaster.com to buy tickets for the Mad Lovetour. 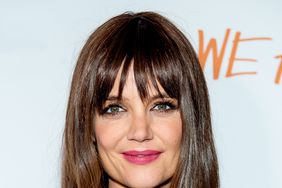 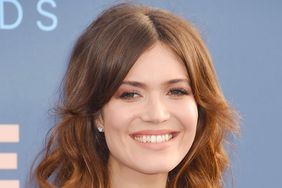 Weddings Are Back — And They're More Expensive Than Ever
It's Been 10 Years Since Rebecca Black Released "Friday," and the Internet's No Kinder to Young Girls