It was a bestie reunion last night in Hollywood! Ashley Tisdale came out to support her High School Musical pal, Vanessa Hudgens (in Naeem Khan), at the premiere of her new movie, Spring Breakers. And the reunion didn’t end there: Tisdale then joined Hudgens at the film’s after-party, held at The Emerson Theater, where they were spotted smiling for the cameras. Spring Breakers opens today in select theaters, and nationwide March 22nd.

Plus, see more photos from this week's parties! 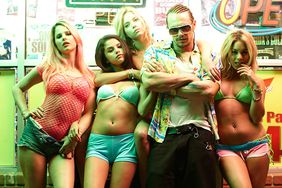