Fact: Getting hitched is not cheap. According to The Knot's recently released Real Weddings Study, couples spent a national average of $33,391 on their wedding celebrations in 2017, with almost half of that ($15,136) going toward venues.

Of course, location was a major price driver. The report, which surveyed nearly 13,000 brides and grooms who married last year, found that the most expensive place to tie the knot was—drum roll—Manhattan, where, on average, couples spent a whopping $76,944 on their ceremonies. Trailing closely behind were North and Central New Jersey ($62,074) and Long Island, NY ($61,113). The 10 priciest locations were all on the East Coast, with the exception of Chicago.

The most affordable weddings, meanwhile, took place in New Mexico, Utah, and Oregon. Couples there spent between $17,584 and $20,652 to say "I do." (It's noteworthy that these numbers do not include honeymoons, which can cost an additional small fortune depending on your plans.)

While these prices indicate a very slight decrease from 2016's (which broke wedding cost records), the long-term trend shows that weddings are becoming more expensive, while the guest count is shrinking. What does that mean?

“Weddings in 2017 showed us that couples are focused on guests, as we see them pulling out all the stops to create a truly memorable experience for their wedding attendees,” Kristen Maxwell Cooper, editor-in-chief of The Knot, tells InStyle. Spending on guest entertainment has almost tripled since 2009, from 11 percent to 40 percent of total event planning costs. Think photo booths, sparklers, and selfie stations—products and services that contribute to fun guest experiences.

Why More Brides Are Opting for Nontraditional Engagement Rings

But no matter the price, weddings are all about traditions—and those are changing too. Survey results shows that couples are turning away from cookie-cutter, formal celebrations, instead opting for more personalized fetes, incorporating their own cultural and religious traditions. Maxwell Cooper pointed to "flamenco guitarists, Irish step dancers and bagpipers, Moroccan belly dancers, Hawaiian lei exchanges, and Cuban cigar rolling stations," as examples. Brides and grooms likely feel these activities better reflect who they are than, say, your classic bouquet toss.

Speaking of which, the bouquet toss is one tradition you'll be seeing less of. "Under half of brides do a bouquet toss, and only 37 percent of grooms do a garter toss," says Maxwell Cooper, who hypothesizes that the activity is better suited to younger brides and grooms with plenty of single friends. "Seeing as the average age of a bride is 29 and the groom is almost 31, it’s no surprise that traditions like these are on the way out."

One tradition proved to have staying power, though, and that's a couple's first dance. "It’s still a beautiful pastime that couples continue to get excited about," she says.

And a tip: Most people assume that summer is the most popular time of year to get hitched, Maxwell Cooper says, but that may not be the case. Last year, summer and fall were tied, with September taking the lead as the most popular wedding month, followed closely by June and October. If you'd like to get married and not spend a fortune, avoid those months, as wedding venues and vendors tend to increase fees during peak wedding season. 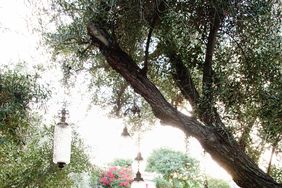 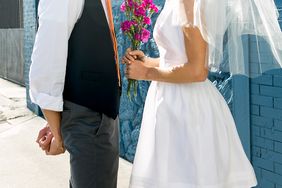 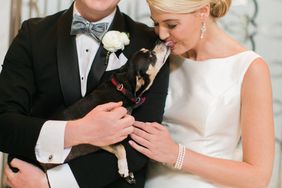 4 Fun Ways to Include Your Pet in Your Wedding 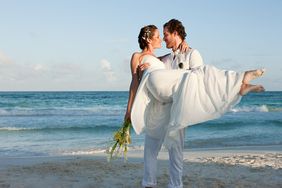 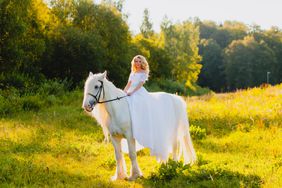