We Can't Stop Talking About Behind the Candelabra, Either

Bravo, Michael Douglas! The Academy Award-winning actor delivered a wow-worthy performance as the pianist Liberace in Behind the Candelabra, the HBO film that debuted this weekend. With Matt Damon as his lover, Scott Thorson, and Rob Lowe as his plastic surgeon, Dr. Jack Startz, the movie had us glued to the screen asking, This really happened?! Yes. It did. And the stars liked working on it just as much as we enjoyed watching it. "This was the first movie I ever enjoyed wardrobe fittings on," Damon said in an interview with HBO. "I did probably eight, ten wardrobe fittings? And we really got into it; it was really fun. The clothes were so different from anything that I’d ever put on. They changed me so much, the way they make me stand, or walk, or move a different way. I really got into it." So, just for fun, click to see several stills from the Steven Soderbergh-directed flick that will reinforce why it's such an attention-getter. 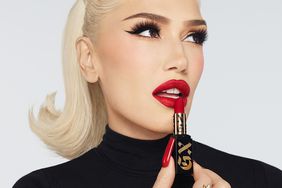 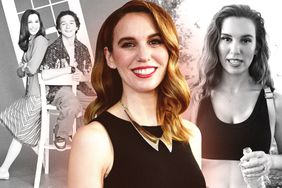