What would your final meal be if you had the choice?

For Kim Kardashian West, it’s all about New York–style pizza.

In an upcoming episode of Keeping Up with the Kardashians, the reality TV star and beauty entrepreneur tells longtime friend Jonathan Cheban she’s interested in embarking on a healthier lifestyle with a new diet and fitness in mind.

“I just want a good body,” she tells him in a confessional during which he suggests they enjoy one final delicious meal before she starts her new routine. “I’m so down. Let’s not go crazy,” she adds.

The results are hilarious and in the video below, Kardashian West joins Cheban and Khloé Kardashian in New York, where they make waves at a pizza shop and pick up what appears to be a thick, greasy slice of pepperoni.

“Kim is going in before her fitness journey!” Khloé says.

As they debate over just how good the pizza is in their car they decide to head to another popular N.Y.C. pizza spot Joe’s, where Kim grabs a slice of cheese and later says, “Now this is worth it, you guys.”

Watch the full video above. 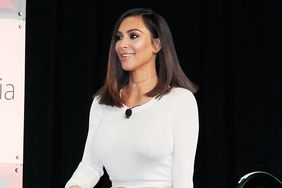