Having certified Cool Mom Victoria Beckham as a mother may seem like a dream come true, but little Harper Beckham, age 7, found out that she can't get away with anything she wants when it comes to fashion. Page Six reports that Beckham doesn't allow Harper to wear her old Spice Girls getups. Why? They're a little too revealing.

"I was amazed by how naked the costumes were, I have to say," Beckham told Cindi Leive, former editor of Glamour, during an appearance on the Barneys Podcast. "I used to go out with not a lot of clothing on, Cindi."

Those iconic costumes included plenty of catsuits, lots of skin-tight leather, and, naturally, little Gucci dresses. Though the outfits may be seared into our collective memories now, they're not going anywhere close to Harper's body. And lest you think that they've all disappeared, Beckham revealed to British Vogue that she's still got plenty of them stowed away. They still fit, too, as she proved in a now-viral video of her modeling a few choice outfits.

Harper's trying, though. Beckham told Leive that her daughter has asked to try them on. But mom's standing firm. Those micro-minis are staying where they belong: in the past. 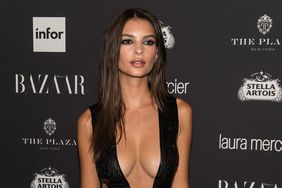 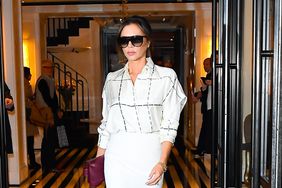 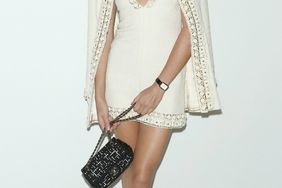 Sylvester Stallone's Daughter Sistine Wants to Be the Next Hadid