Victoria Beckham Is So Over Those "Annoying" Divorce Rumors

The mom of four gets candid about her marriage to David Beckham — again.

Rumors about a potential split between Victoria and David Beckham have been swirling since summer, and the fashion designer has reached peak frustration with the speculation.

While speaking with The Guardian's weekend magazine, VB put to bed any questions regarding her marriage very matter-of-factly. "It can get quite frustrating,” she told the publication, after she was asked how she copes when the narrative about her marriages supersedes the success of her fashion brand in the media. “But I leave it to my PR team. I don’t get involved.”

In spite of her icy response to the journalist's probing inquiry, Beckham did offer a bit more insight to the situation, adding: “You do have to be quite controlling because people do believe what they read, and when it’s completely fabricated, that’s really annoying." She raises a fair point.

However, the former Spice Girl understands how rumors about her family dynamic can get out of control. "People are interested in my personal life. And sometimes that works in my favor and sometimes it’s things that I don’t like. I’m not going to let it get me down.”

Shortly after rumors of a divorce began, Victoria admitted that she was "trying to the best wife" at the Forbes Women's Summit in New York while discussing her work-life balance. "I try really, really hard. I try hardest to be the best mother,” she said. “I am trying to be the best wife and the best professional. When I get home I try to put the phone down and spend time with the children and spend time with David.”

Several months later, the mother of four had to defend the state of her marriage yet again, after appearing on the cover of British Vogue with her children and no David.

“People have been making things up about our relationship for 20 years, so David and I are pretty used to ignoring the nonsense and just carrying on as normal,” she said. “But these things have a wider effect on the people around us, and that’s unfair.”

“We both realize that we are stronger together than we are as individuals,” Victoria continued. “Would either of us be in the position that we are in now had we not met and been together all those years ago? It’s all about the family unit. We are much stronger the six of us, than we would be if we were individuals. We respect that family bond and that is key.”

By now, Victoria has made herself abundantly clear: There's no trouble in paradise for these lovebird of 20-plus years, sorry. 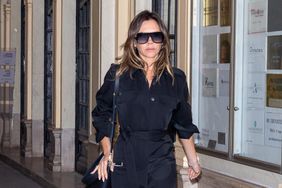 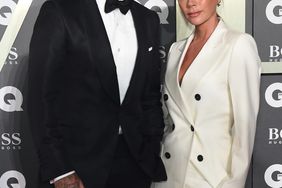