Everything We Know About Venus Williams's Ex-Boyfriend, Nicky Hammond

Venus Williams and Nicholas (Nicky) Hammond had a headline-making relationship that caught the public's attention back in 2017. For two years, Hammond accompanied Williams to family events, dinner dates, and important matches, but sadly in 2019, Page Six reported that the two called it quits. While they kept their relationship relatively under wraps, the duo was spotted out and about several times during the course of their time together.

Now, we're taking a look back on the two's private romance that even included a "friendship" ring. Keep reading for everything you need to know about Williams's former beau.

He’s an Heir to the Annenberg Fortune

Nicky’s socialite mom, Dana, is the granddaughter of one of Triangle Publications owner Walter Annenberg’s seven sisters. Though that may seem a complicated web of family money, the Annenberg fortune is pretty expansive. When Walter died in 2002, he had an estimated net worth of $4 billion — so plenty for all his relatives, no matter how distant.

His Mom was Sued for a Pretty Terrible Reason

Said heiress, Dana Hammond, isn’t exactly breaking the mold when it comes to society’s expectations for the dependently wealthy. She made headlines in 2010 when a prospective employee sued her for requesting she take an HIV test and explicitly telling her she would not get the job if she didn’t.

It was reported that Venus once received a friendship ring from her man. When approached regarding the ring, the ultra-private Hammond told Page Six, “We have a firm commitment to one another to keep our relationship private.”

At one point in their relationship, Nicky was reportedly 26, while Venus was 38. This wasn’t the first time the tennis pro has dated a younger man: when she was first linked to model Elio Pis is 2012, he was 24 and she 32.

He Was Venus’s Date to Serena’s Wedding

Hammond accompanied Williams to her sister Serena Williams's star-studded New Orleans wedding ceremony in late 2017. Venus stood by her sister's side as a bridesmaid on her big day, which was also attended by Serena's friends including Kim Kardashian, Beyoncé, Kelly Rowland, Eva Longoria, and Ciara. 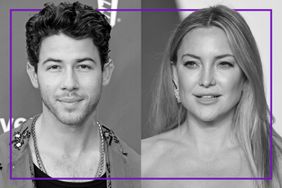