Vanessa Hudgens signed on to join the cast of Fox's Grease: Live back in January, but now she's finally opening up about her exciting new role. The 26-year-old will play cynical Rizzo in the televised production—and it will certainly be fun to see how Hudgens makes the role her own. "I feel like I know Grease backwards and forwards. It’s just one of those iconic movies that I’ve seen over and over and over again," she told Entertainment Weekly. Although she's more than familiar with the movie, her character's personality is very different from the High School Musical star's previous gigs. Hudgens even confessed to EW, "She’s deep, you know. She’s a toughie. So I’m excited to kind of sink my teeth into that. That’s a character I’ve never played before so it’ll be fun and a challenge."

We'll have to wait until January 31st, when the production airs, to see how Hudgens channels the new personality. Until then, we'll be re-watching the original Grease film. 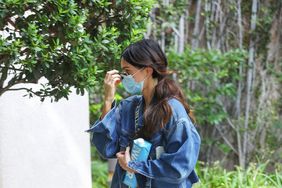