Ungaro Label Coming Back... Again; This Time With Fausto Puglisi

French fashion designer Emanuel Ungaro left his namesake label in 2001, and in the decade since, several designers have tried to make Ungaro feel as Ungaro as it did when he was there. Some of the creative director iterations have been successful—like Peter Dundas (who is now at Emilio Pucci) and Giambattista Valli (now with his own label), but they never last more than a few seasons. Then, others came and went in less-than-tactful ways (like Lindsay Lohan at the helm in 2009). After the latest—the highly-respected Giles Deacon who created the last collection shown at right—exited at the end of 2011, many in the fashion industry were left wondering what would happen next. Now we know: Ungaro owner Asim Abdullah partnered with Aeffe to revive the label once again, WWD reports. And they've hired someone fun to create the clothes—Fausto Puglisi, a man who has dressed Jennifer Lopez, Beyonce, Katy Perry, Madonna, and more. We can't wait to see what he comes up with for this go-around!

Plus, get the latest designer news!

Black Designers Are Rarely Featured in Top TV Shows and Movies — But That's About to Change
It's Been 10 Years Since Rebecca Black Released "Friday," and the Internet's No Kinder to Young Girls 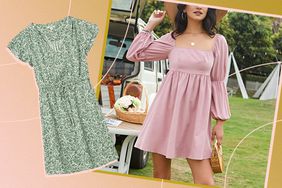