Crashing from the weekend high of Gilmore Girls: A Year in the Life, we turned back to our typical TV routine—and let us say, it was a wild week for our fictional friends.

This Is Us flirted with time travel, The Affair caught up with Alison and Helen, Insecure broke our hearts in its season finale, and don’t even get us started on Westworld—just when we thought we were finally starting to figure out this Jurassic Park/Hunger Games mash-up, the tables turned and we don't know anything anymore. Hopefully the season finale next week provides some answers.

Didn't have a chance to binge through your favorites? We've got you covered. Here are the highlights from this week's spate of TV episodes.

Just when we thought this show couldn't get any weirder, it did. Bernard is a robot version of Arnold, and Dolores was the one who killed the real Arnold, back in the day. Ummm, we need some serious answers from this Sunday's finale.

Robert’s broke; Frances is angry. In other news, Robert finally confronted “the Frenchman"—jury's still out on whether he still truly believes him to be French.

The quirky dramedy’s freshman season went out on a note of despair in “Broken as F**k.” After a long-spun will-they-won’t-they episode arc, it seems we now know the truth: Lawrence and Issa are really, truly over—or at least that’s what we gleaned from that jarring final scene featuring Lawrence and unnamed stripper.

Yet again, the episode benefitted greatly from a drug-fueled storyline. This time, Randall accidentally did mushrooms and went back in time Christmas Carol-style, his dead father serving as guide.

And the plot twists just keep on coming! Rafael isn't really a Solano (gasp!), and something weird is going on with Jane's cousin, Catalina—but we kind of saw that one coming.

We still haven’t received closure following Noah’s mysterious attack; but hey, we got to meet a guy named Furkat, so case adjourned. 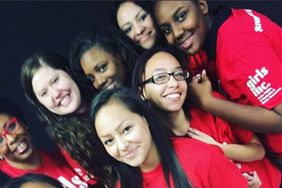