Trust Me: Cheer Is the Best Thing to Happen Since Bring It On

This is not a democracy, this is a cheerocracy.

If you scrolled through your Netflix suggestions this week and thought, "Cheer? Why would I care about a cheerleading documentary? Pass" — you have made a grave mistake. Sure, cheerleading may give you traumatic high school flashbacks, and yes, teen drama is not for everyone, but please hear me when I say: This six-episode docuseries is so much more than clichés and pom poms. Cheer is here, and it will fill the Bring It On-size hole left in many a millennials' hearts.

If you haven't been paying attention, in the past 30 years cheerleading has evolved from a sideline staple into one of the most dangerous sports for women, according to a 2013 study by the Journal of Pediatrics. Flying 30-feet in the air, executing Olympic level tumbles, and casually risking your life in the pursuit of a high score is now par for the course. Cheer takes us into that high-risk, drama-filled universe by way of the Navarro College cheerleading team from Corsicana, Tex. The junior college squad is led by coach Monica Aldama, a hardline, take-no-prisoners kind of leader that the team adores and likens to a mother figure.

Although Aldama's balanced approach to caring for and simultaneously pushing the students has been rightly heralded as one of the best parts of Cheer (you can even take a Buzzfeed quiz to see if she’s proud of you. I took it twice.), the show is so much more than a group of teenagers striving to meet her expectations. Cheer is truly the real life Bring It On, or better yet, the followup to the series (yes, there were five Bring It On sequels) that we deserve. At its heart, the story of the Navarro cheerleaders' prep for a championship competition is a wholesome one, including an underdog plot line and, of course, a bad-girl-gone-cheer story.

When Bring It On was released in 2000, it grossed over $90 million worldwide, despite its paltry $11 million budget. Even the critics who didn't like it kind of did — the Critics' Consensus on Rotten Tomatoes reads: "Despite the formulaic, fluffy storyline, this movie is surprisingly fun to watch, mostly due to its high energy and how it humorously spoofs cheerleading instead of taking itself too seriously." Twenty years later, it's widely revered as a cult classic, and, perhaps the highest praise of all, worthy of an Ariana Grande music video shoutout. Even stars Kirsten Dunst and Gabrielle Union can't escape Bring It On.

The reason Dunst and Union stole our hearts in the film was, in part, because cheerleading is fascinating to watch — those stunts are paralleled only by actual Olympic gymnasts or figure skaters. Not to mention, there were also those cheer songs. (Flash back to my friends and I taking turns singing the opening sequence and screaming, “I’m danger! I roar!”) But the film also illuminated the kind of “go get what’s yours” positivity of the sport that sticks with you. Sometimes we love so-called corny entertainment because it makes us feel like things can be light and redemption is possible. When the Toros had to redo their routine because Big Red (Lindsay Sloane) played dirty, you rooted for them to make an honest moment out of it. When the Clovers – spoiler alert – won the competition, you felt excited because you could put yourself in the shoes of someone that wanted the world to see how good they could be. In the same way, Cheer will capture you – next thing you’re know, you’re crying over Morgan’s rib injury and rooting for Jerry to get his spot on the mat at the big competition.

Kirsten Dunst "Would Make Another" Bring It On

Throughout the six-episode series, we are gifted glimpses into the lives of the five stars/students, most of whom have had difficult upbringings. Jerry, like Union’s character Isis, is the "heart” of the whole series. His mother died when he was a child, and cheerleading was his salvation. Gabi Butler, who is famous in the cheer world outside of the show, grapples with the pressure of her social media stardom. Much like Dunst's Torrance, she’s the front and center and susceptible to all of the popularity clichès that come with a cheer captain title. But like the fictional character, she still struggles with her relationship to the sport and how much her identity is wrapped up in it.

Lastly, we have Lexi, who is a spot on Missy (Eliza Dushku) of the series. She's the tough girl with platinum hair, and a do-what-I-want kind of attitude. Turns out, she's the best gymnast on the team ("a beast," as her coach puts it).

The series culminates with the national competition in Daytona Beach — yes, the same event that the Toros and Clovers competed at in the film. For the team, it's the final exam, the Oscars of cheer —their last shot all wrapped into one. You will find yourself, perhaps having never watched the sport before, yelling at the screen for Morgan to point her damn toes and Allie to hit that stunt. It's a weird sensation and completely nerve-wracking to watch these students work so hard for what turns out to be a couple minutes in front of the judges.

Trust Me: You Need to See Parasite, If Only For "Jessica"

I have never considered myself a cheerleading person (Bring It On fandom not withstanding), and I'm not the only one that was shocked by a love affair with the series. On Twitter, thought leaders who rarely talk about sports, let alone cheerleading, found themselves wanting to be coached by Aldama. A whole movement of people who claim to be in the “Jerry-Hive” just want a motivational “woo” from the cheerleader.

The emotional rollercoaster is worth every one of the seven hours this show will take you to finish. All of the attention it is garnering is completely valid. It will also leave you asking the question, one that we asked after Bring It On and then seemingly forgot: Why has this very popular sport felt so slept on, and why aren't we taking the athletes more seriously?

Cheer is now streaming on Netflix. 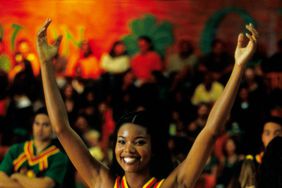 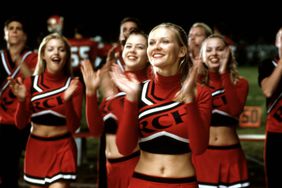 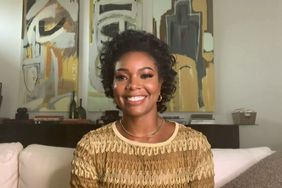