Less than two weeks after Justice Anthony Kennedy announced his retirement from the Supreme Court, Donald Trump named the replacement white guy he’d like to slot in to the still-warm seat. Meet Brett Kavanaugh, D.C. Circuit Court of Appeals judge, former George W. Bush aide and newly-minted nominee to the Supreme Court. And wow, is there a lot at stake.

Justice Kennedy had been a swing vote on the court, leaning both right and left on a case-by-case basis. But Kavanaugh—or any Trump appointee, for that matter—will move the court decisively to the right, with a handy five-to-four split.

And who even is he? The potential new Justice is a Yale graduate, a former George W. Bush White House staffer, a former law clerk of justice Kennedy, and a Catholic, which he mentioned at length in his acceptance of the nomination last night, which seemed a little out of place given that, while the Constitution guarantees freedom of religion, it also separates whatever that religion may be from the role of the State. (What could Kavanaugh have been trying to tell us?)

Hopefully his background and suitability for the job will be thoroughly excavated this fall during Senate confirmation hearings (which may or may not result in a confirmation, but more on that below). In the meantime, here’s why his nomination is a big, scary deal—and exactly what to keep an eye on in the coming months.

A Threat to Roe v. Wade

Since Justice Kennedy announced his retirement last month, the media focus (and social media panic) has largely been on the sudden danger to Roe v. Wade, and for good reason. CNN legal analyst Jeffrey Toobin Tweeted that it would take about 18 months for the 1973 decision to be overturned by a now-conservative bench. Here's how: Some state passes a Draconian abortion law, as they have been doing relentlessly under Trump—a so-called "heartbeat law" that bans abortion as early as six weeks; a "personhood" law declaring a fetus a person, and thus making abortion “murder”; restrictions on how and where abortions may be performed or how difficult they should be for women to access—and then sit back and wait for it to be challenged in court. Such challenges and appeals go up the chain to the Supreme Court, which will now be stacked with a majority of justices itching to bring abortion down (that for-no-apparent-reason announcement of Kavanaugh’s Catholic beliefs comes to mind).

Is it that easy? We can hope not, but Donald Trump talked about overturning Roe while he was campaigning for president (remember how he said that women who get abortions should be punished?). His religious-zealot VP, Mike Pence, has promised to send Roe to the "ash-heap of history." (Church, meet State.) And the person who compiled Trump’s list of potential new SCOTUS justices in the first place is widely understood to be anti-Roe. Any conservative chatter about how you can't know how Kavanaugh would vote on this issue is deflection. He was chosen for a reason. Which gives anyone who believes in a woman’s reproductive self-determination a reason to worry.

Here’s another reason he was probably chosen: Kavanaugh has been described as “an unrelenting, unapologetic defender of presidential power” and has argued that “we should not burden a sitting president with civil suits, criminal investigations, or criminal prosecutions.” This is interesting, because Donald Trump happens to be a lawsuit magnet.

A concerned-citizens group is suing him for accepting payments from foreign governments; his longtime private driver just sued him for 3,300 hours of unpaid overtime; and the Trump Foundation has just been sued by the Attorney General of New York for “a pattern of persistent illegal conduct,” naming Trump, as well as three of his kids (guess which three). Trump also just lost a lawsuit against citizens he'd blocked on Twitter, which the court deemed unconstitutional (he had to unblock them, but also appealed, so that case will be bubbling back up).

Meanwhile, Robert Mueller has been busy for the past year investigating potential Russian interference in the 2016 election, and scoring a pretty impressive hit rate so far, with numerous guilty pleas and indictments, not to mention a Michael Cohen-shaped canary presumably getting ready to sing. What a time to be alive.

Having a president pick a new Supreme Court judge while he himself awaits trial that could reach that very court is unprecedented legal territory. In exchange for this very good job opportunity, will Justice Kavanaugh one day be asked to do a solid for Donald Trump—say, voting to make the Mueller investigation go away? Maybe. And that possibility should be enough to make this nomination go away.

And speaking of making nominations go away, there's the matter of procedural fairness: as in, an eye for an eye, and a Merrick Garland for a Brett Kavanaugh. See, Mitch McConnell stymied the Merrick Garland nomination, saying then-President Obama had no right to fill a Supreme Court vacancy in an election year (at that point, the election was nine months away). McConnell refused to hold a confirmation hearing, effectively taking a Supreme Court seat away from Obama and gifting it to Donald Trump. Now, Democrats say the same reasoning ought to apply: Kavanaugh shouldn't be confirmed so close to an election (the midterms are only four months away). Fair is fair, say the Dems.

But Republicans happen to control the White House (picking the nominee) and the Senate (scheduling hearings). Trump apparently wants to have Kavanaugh confirmed by mid-September. At least there's still a vote, right?

Republicans have a razor-thin majority in the Senate. Will Republican Senators and sometime swing-voters Lisa Murkowski and Susan Collins vote with Dems? Will vulnerable Democrat senators like Heidi Heitkamp, Jon Tester, and Joe Manchin vote with Republicans? Will Rand Paul do something that makes us say, “Oh yeah, remember Rand Paul?” This is where the politicking comes in, as Kavanaugh takes his charm offensive across Capitol Hill, and Chuck Schumer and Mitch McConnell flex their backroom muscles. It's going to be a busy summer.

Remember how elections have consequences? That plays out any time the Supreme Court gets their hands on literally any important issue. If Brett Kavanaugh is confirmed, he creates a reliable conservative majority that will then hear cases on voting rights (his dissenting vote in one case would have disenfranchised thousands of voters), gun rights (Kavanaugh thinks limiting assault weapons is unconstitutional), gay rights (the Family Research Council is excited about him) and health care (the Trump administration has a new lawsuit challenging Obamacare). He also has a worrisome record when it comes to workers' rights, the environment, and consumer protections. Great.

So, What Happens Now?

A lot of people will spend a lot of money. On the Hill, there will be meet-and-greetings, and in backrooms, lobbying, wheedling, cajoling and dealmaking. Susan Collins and Lisa Murkowski will be very popular. Trump will tweet. And in the fall, there will probably be a confirmation hearing and that hearing could go either way.

And then there will be an election, and we’ll go from there. Because remember, elections have consequences. 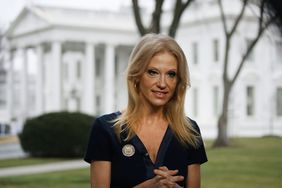 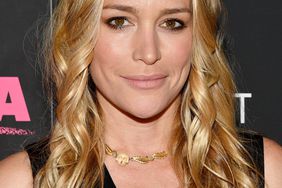