With her music on the rise and over one million followers on several social media platforms, we've got our eyes on up-and-coming artist Tinashe. We caught up with the singer at InStyle's offices, and she dished on everything from her on-tour indulgences to the one item she can't leave home without. Read on, and get to know her!

"Our basic preshow ritual is to turn on ratchet music and have a twerk session," revealed Tinashe. "We’ve been listening to a lot of Future lately.” There's a high standard when working with one of the industry's top female rappers, but Tinashe says the experience exceeded her expectations. "It's been really amazing to have another black woman supporting me," she shared.

She’s using her platform to help others
When she’s not touring the world, Tinashe uses her music to give back. After coming across Fund a Field, an organization that builds soccer fields for children in Africa, she instantly wanted to be a part of it. “I have a strong connection to Africa. My dad is from Zimbabwe and I really wanted to be involved,” she said. Her support led to the Tinashe Cup, a tournament that brought multiple villages together through soccer and music. People traveled from all over Uganda to play and listen to her songs.

Shake Shack is her diet staple

Strictly fruits and vegetables? Think again. Manager Mike Nazzaro says that Shake Shack employees around the world know Tinashe. “We’ll be in London, 30 miles away from the nearest location, and she’ll still want it,” he told InStyle. Her order? Simply a plain cheeseburger.

She doesn't leave home without her pillow
“No shame in my game, I bring it everywhere. Since I'm on the road all the time, I always need something to cuddle up with,” she told us. Though traveling as an artist does have its perks, she added. “It’s fun to experience different cultures. The most beautiful thing about having this kind of career is being able to experience first hand the way people listen to music."

What can we say? We're officially on #TeamTinashe.

Why Tori Kelly Is a True Hustler, IMHO
Was this page helpful?
Thanks for your feedback!
Tell us why!
Related Articles 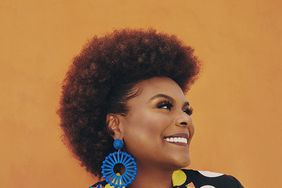 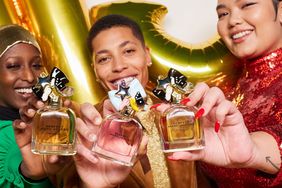 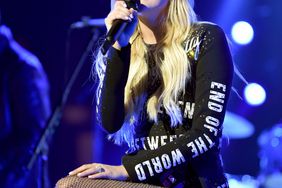 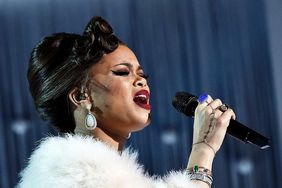