Tiffany Trump "Liked" a March for Our Lives Poster on Instagram, and the Internet Went Wild

On Saturday, hundreds of thousands of activists let their voices be heard right outside the State's Capitol, rallying together to end gun violence in schools. Their mission caught the attention of Hollywood, with some celebrities, like Kim Kardashian and George and Amal Clooney, joining them on the streets of Washington, D.C. And while, President Trump seemingly didn't receive the memo while golfing at Mar-a-Lago in Palm Beach, Fla., one Trump was listening.

Tiffany Trump, POTUS's youngest daughter, "liked" a post on Instagram that promoted the March for Our Lives demonstration in New York City. The social media shout-out in question showed a protestor holding a poster with the words, "Next Massacre Will Be the GOP in the Midterm Elections.”

The post's caption was just as suggestive, reading: "Today we participated in the #MarchForOurLives and I feel SO proud! #EnoughIsEnough #NeverAgain #StudentActivists."

The Internet immediately noticed Trump's support for stricter gun legislation, and welcomed her to their side of the aisle. “Good for Tiffany Trump. You don’t have to follow your parents. Mines a white supremacist and today while marching I got myself a Black Lives Matter button. Be the change,” one user wrote. Another added, "I knew it! Tiffany Trump is the Trump we love and respect!"

Meanwhile, others offered more satirical theories as to why Trump gave her stamp of approval. "I guess Tiffany Trump escaped from the basement and army-crawled her way to some wifi today...," a user jokingly expressed.

Tiffany's support comes just weeks after First Lady Melania Trump revealed that she backs the Florida teenagers who are pushing for gun control after the devastating school shooting in Parkland, Fla. that left 17 dead and more than a dozen wounded. "I have been heartened to see children across this country using their voices to speak out and try to create change. They are our future and they deserve a voice," she told The Washington Post.

We are happy to see both Melania and Tiffany boldly express their perspectives, as the president stays rather mum on the issue at hand.

I'm Old Enough to Buy a Gun but Not to Be Taken Seriously?
It's Been 10 Years Since Rebecca Black Released "Friday," and the Internet's No Kinder to Young Girls 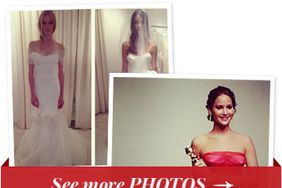