T.I. Has Addressed His Comments About His Daughter's Virginity

He said he was "incredibly apologetic" to his daughter.

Rapper T.I. has addressed the controversial comments he made about attending the doctor with his daughter Deyjah to make sure her hymen was still intact and that she was a virgin.

The rapper appeared on an episode of Red Table Talk with Jada Pinkett Smith alongside his wife, Tiny, and said the comments and his "intentions" were "terribly misconstrued and misconceived."

"I think this surrounds a conversation I was having in a very joking manner," he said. "I just began to — from a place of truth — I began to embellish and exaggerate. I think people kinda took it extremely literal, because if you put any of my reputation ... Who I am as a father, who I been ... I honestly thought people knew me better than that."

Earlier this month, T.I. caught heat for an interview in which he said he and Deyjah "have yearly trips to the gynecologist to check her hymen." He added, "I will say, as of her 18th birthday, her hymen is still intact."

People began calling him out for outdated views on virginity and sex (inspecting the hymen has been denounced by the World Health Organization as a "violation of human rights" with "no scientific basis"), and the backlash was so intense that the podcast episode was removed, and the hosts of the show apologized for not pushing back on him.

"Let me go set this record straight: I never said I was in any exam room,' T.I. said on Red Table Talk. "That was an assumption. I never said that it was being done present day, as an 18-year-old."

Tiny said Deyjah was "15, 16 years old" at the time, and T.I. added, "I never said her mother wasn’t present" and said "there was never any objection" about his attendance from his daughter or her mother, singer Ms. Niko.

"[Deyjah] did have a problem with me talking about it, however, and I understand that," he said. "I am incredibly apologetic to her for that. Not to any of these other strangers or any of these weirdos who, you know, just kinda toss lies around for fun. She understands my intentions and she knows who I am."

After his comments were aired, Deyjah liked tweets that called his behavior "disgusting," "possessive," and "controlling," and unfollowed her father on Instagram. She has since deleted her Instagram account.

T.I. added that although he was "oblivious" to sensitivity of the situation, he is "now sensitive to it for [Deyjah]," and said that he was initially silent on the backlash because she had asked him not to speak out. 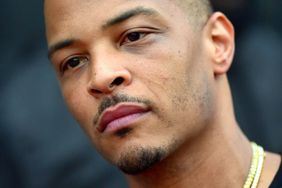 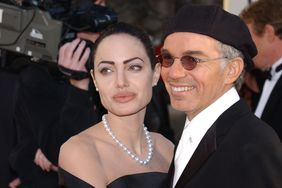