They Said What? Celebrity Tweets During The #VMAs

Not everyone was able to make it Brooklyn last night for the Video Music Awards, but judging from the LOLs in our Twitter stream, it was almost more fun couch surfing. From Lena Dunham, who was in her home just a few blocks away, to Samuel L. Jackson, who paused his Breaking Bad ritual to catch Lady Gaga, everyone had something to say. From 140-character squeals of delight to virtual eye rolls, here are our favorite celebrity tweets during the VMAs.

And, as shown with these Instagrams, Justin Timberlake proved he was not only the #PresidentofPop but also the King of Social Media, tweeting right before and immediately after his epic 15-minute performance.

Plus, click to see what everyone wore on the red carpet. 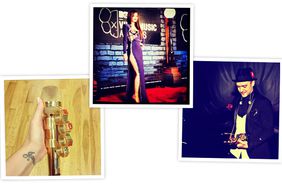