Gwen Stefani, Blake Shelton, Adam Levine, and Alicia Keys as the cast of Friends? We can see it.

On Tuesday, NBC teased The Voice's upcoming 12th season with the release of a promo video, which features the musical foursome playing house as sitcom-esque roommates in a hilarious one-minute clip.

The video begins with Shelton heading into the apartment with his guitar before the camera pans over to a smiling Keys. We then see a glam Stefani decorating her room in a chic, ab-baring outfit until the house begins to shake — and we soon learn that roommate Levine can't get enough of his drum set!

Shelton and Levine get into a pillow flight, Keys tries her hand at turntables, and the coaches welcomes a leashed pet pig to their home, but the best moment has to be when Stefani and her beau exchange flirty glances in the kitchen, foreshadowing what's sure to be one PDA-filled season for the adorable couple.

Watch the promo here and tune in to the two-hour extravaganza on Feb. 27 to see Bruno Mars, Sting, and The Weeknd bring their musical talents to the stage and to see who takes home the crown. 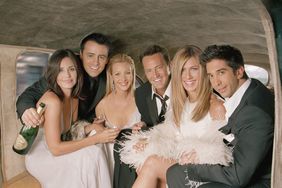