The Little Mermaid Is Becoming a Live TV Musical

Under the sea, or on your TV? The Little Mermaid is the next animated classic that’s getting the live TV musical treatment.

ABC is bringing the beloved film to live on TV screens everywhere with The Wonderful World of Disney: The Little Mermaid Live. According to Entertainment Weekly, it will be a two-hour special event, bringing viewers inside the 1989 animated world of Ariel, a mermaid who trades her voice for the chance to be human, “while intertwining live musical performances of the movie’s hit songs.”

VIDEO: Julianne Hough Transformed Into Tinkerbell on Dancing with the Stars

ABC will reportedly cast celebrity artists to sing those hits, and the live performances will be shown between clips of the animated movie.

While this is the first time The Little Mermaid will air live on TV screens, the classic was performed in a similar format this past summer at the Hollywood Bowl, with celebs like Sara Bareilles, Rebel Wilson, Darren Criss, Tituss Burgess, and John Stamos playing the iconic roles.

A Christmas Story Will Be Fox's Next Live TV Musical

The Wonderful World of Disney: The Little Mermaid Live airs Oct. 3 on ABC. 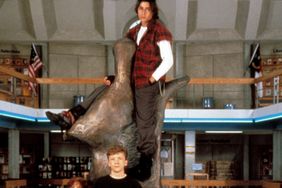