On Monday, Taylor Swift won her groping trial against former radio host David Mueller, who was found guilty of assault and battery against Swift at a meet-and-greet back in June 2013. While celebrities and fans alike sent the singer messages of strength and praise throughout the ordeal, employees at Craftsy showed their support to Swift each and every day by writing encouraging messages on their windows with Post-It notes.

The messages referenced Swift’s lyrics like, “People throw rocks at things that shine,” and “Fearless.” Craftsy’s offices are located across from the courthouse, so the messages were in full view of the photographers, and even Swift herself took note.

On Tuesday, after the trial ended, Swift acknowledged the company’s support by sending them an array of stunning floral arrangements. Craftsy showed off the flowers on Twitter, posing with heart signs to the singer. “We’re so happy our messages brightened your day as much as your flowers brightened ours!” they wrote.

In a message after the trial, Swift also thanked the judge and jury “for their careful consideration,” as well as her attorneys “for fighting for me and anyone who feels silenced by a sexual assault, and especially anyone who offered their support throughout this four-year ordeal and two-year long trial process.”

Hopefully Swift can find the strength to "begin again." 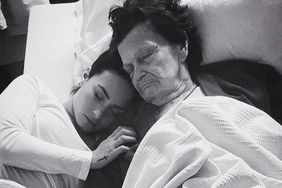