She's taking control of her masters after the Scooter Braun drama.

Taylor Swift is reclaiming ownership of her music.

In a preview from her upcoming CBS This Morning interview with Tracy Smith, the “Lover" singer revealed that she plans to re-record her masters after Scooter Braun acquired Scott Borchetta's Big Machine, her former record label, earlier this summer. As noted in a press release from CBS News, Smith inquired if Swift has any intention of re-recording her classic hits in order to regain control over her masters. “Oh yeah,” the singer responded, confirming that it’s “absolutely” a plan.

Back in June, Swift expressed disappointment over the reported $300 million deal, penning a Tumblr post accusing Braun of bullying her throughout her career. “This is my worst case scenario,” the singer wrote at the time. “This is what happens when you sign a deal at fifteen to someone for whom the term ‘loyalty’ is clearly just a contractual concept…. When I left my masters in Scott’s hands, I made peace with the fact that eventually he would sell them. Never in my worst nightmares did I imagine the buyer would be Scooter. Any time Scott Borchetta has heard the words ‘Scooter Braun’ escape my lips, it was when I was either crying or trying not to. He knew what he was doing; they both did. Controlling a woman who didn’t want to be associated with them. In perpetuity. That means forever.”

The reactions to Swift’s Tumblr post were nearly immediate: Borchetta denied Swift’s claims in a letter published to Big Machine’s website, Braun reportedly attempted to contact the singer with little success, and celebrities rapidly took sides in the entire feud.

One celeb who was notably Team Taylor was Kelly Clarkson, who actually urged the singer to re-record her songs in a new way. “Just a thought,” Clarkson wrote on Twitter. “You should go in and re-record all the songs that you don’t own the masters on exactly how you did them but put brand new art and some kind of incentive so fans will no longer buy the old versions. I’d buy all of the new versions just to prove a point.”

We're pretty sure every Swiftie would do the same — including the singer’s own BFFs. Shortly after Swift’s latest announcement, Cara Deleivngne told Entertainment Tonight that Swift exudes “relentless, endless fire,” adding: "[She's] not biting to draw blood, but biting when you need to bite. You need to stand up for yourself…. you're defending yourself and being who you are and that's what I love about her. That's what I'll always respect about her, that innate strength and wisdom. If you're an artist and you make things, it's yours at the end of the day, so own it.”

The full version of Swift’s CBS Sunday Morning interview will air on August 25 at 9:00 a.m. ET.

Prince William Is Still Cringing Over That One Time He Sang with Taylor Swift and Jon Bon Jovi
It's Been 10 Years Since Rebecca Black Released "Friday," and the Internet's No Kinder to Young Girls 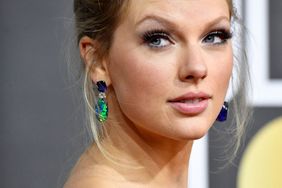 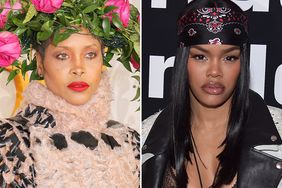