She called him out with an @.

After President Donald Trump tweeted that protestors in Minnesota should be shot, Taylor Swift called him out directly. Though Swift has been quiet about her political leanings in the past, the move comes after she declined to endorse a presidential candidate back in 2016 and came under fire for staying silent as Trump "unabashedly insulted women and people of color," according to Splinter.

In 2018, she came forward and stumped on behalf of Democrats during a midterm election in her home state of Tennessee. Swift's comment at President Trump, however, is her most overt political move yet (though not her first jab at him), addressing not just a specific tweet, but his actions throughout his presidency.

Taylor Swift Went Off on Donald Trump in a New Interview

"After stoking the fires of white supremacy and racism your entire presidency, you have the nerve to feign moral superiority before threatening violence," she wrote before tagging the president. "'When the looting starts the shooting starts'??? We will vote you out in November."

Swift's comments came after Trump tweeted in the wake of protests over the police killing of George Floyd. He warned that he would send National Guard troops, adding, "when the looting starts, the shooting starts."

Swift isn't the only one criticizing Trump's choice of words. Hilary Clinton, Joe Biden, and even Twitter itself made their thoughts known, with the social platform going as far as labeling Trump's tweet, saying that it violated rules against glorifying violence.

Trump famously stated that he liked Swift's music 25% less when she came forward with her endorsements in Tennessee.

After his comments, Swift told The Guardian that she felt as though Trump was gaslighting the American public. "We're a democracy — at least, we're supposed to be — where you’re allowed to disagree, dissent, debate. I really think that [Trump] thinks this is an autocracy," she said. "[It's] gaslighting the American public into being like, 'If you hate the president, you hate America.'" 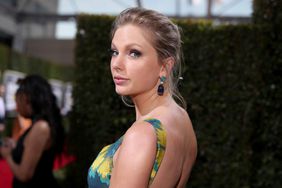 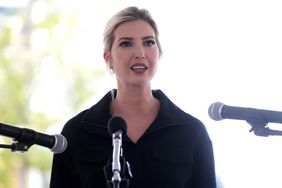 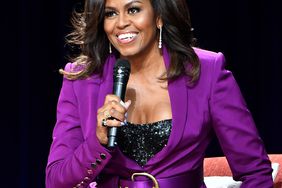