The results are in. Forbes has just released its 2015 list of the Most Powerful Women, and this year's grouping may just be the best yet. German Chancellor Angela Merkel topped the list, while Hillary Clinton came in second. First Lady Michelle Obama rounded out the magazine's top 10, but there were more than a few non-political names in the rankings.

Taylor Swift, 25, is the youngest honoree on the list. The 1989 singer comes in at number 64 on the list, while fellow music star Beyoncé ranked at number 21. Other honorees include Sofía Vergara, Angelina Jolie, Oprah Winfrey, and Shakira.

Forbes's Most Powerful Women is an annual list that recognizes women from around the world who are "transforming the world." The list includes CEOs, celebrities, politicians, activists, and philathropists, and is ranked by "money, media momentum, spheres of influence and impact." To see the full list, head over to forbes.com now. 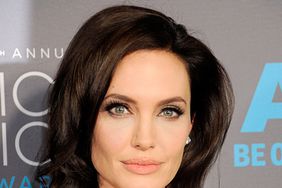