Hard work pays off. That’s exactly why after years of struggling to earn respect as an artist, Empire’s Taraji P. Henson is now enjoying the hit show’s well-earned success.

All the Details on What the Empire Stars Wore

So what did she do to celebrate? Shop. "I went to Paris and shut down the Louis Vuitton store, and I also showed off at Chanel, a lot of which I'm wearing tonight," Henson told InStyle at a dinner in honor of her appointment as the 2015 Black Film Festival's celebrity ambassador. “I never had a Chanel jacket, so I bought a black Chanel jacket. My most prized possession."

The actress is not new to Hollywood—Hustle & Flow and The Curious Case of Benjamin Button are among the films she previously worked on—but it was her role as Cookie on Empire that catapulted her name into the spotlight. "People gravitate towards Cookie because she represents the American dream," Henson said. "I grew up in the hood, not with a silver spoon in my mouth. I worked hard and made it come true, I made it, still making them come true every day."

She credits Alaia, Gucci, and Burberry among the designers that have let her keep pieces from the character's wardrobe. "I just want to keep the classic pieces, not the trendy pieces," she said. Oh, the perks of being a star. 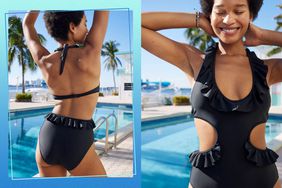 I'm Picky About Swimsuits, but I Love These Under-$40, Full-Coverage Options 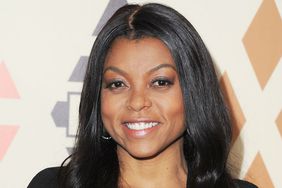 15 Lessons We Can Learn from Taraji P. Henson’s Selfie-Taking Skills