There's no question that Taraji P. Henson (aka Cookie on Empire) looked amazing at the 2015 Critics' Choice Television Awards last night, where she turned heads on the red carpet in an Alexander Wang paneled cutout dress with ball chain detail. The star, who topped off her wow-worthy look with dazzling Jason of Beverly Hills jewelry, black ankle-strap sandals, and a metallic clutch, was quick to gush about wearing one of Wang's designs.

"This dress is by Alexander Wang, my new BFF," she told InStyle. "I was doing a photo shoot for a magazine and I had this dress—they put it on me—and I was like, 'Please can I borrow this!' They got in touch with his office and they said, 'Absolutely she can wear it!' It's incredible."

But her winning ensemble wasn't the only thing she had to celebrate—the actress also took home the award for Best Actress in a Drama Series. Watch her acceptance speech below.

PHOTOS: See All the Best Looks from the 2015 Critics' Choice Television Awards Show 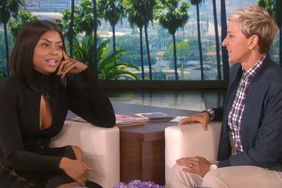 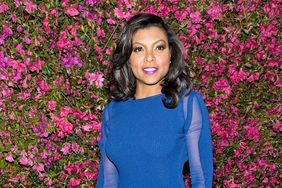