SXSW's 5 Buzziest Apps, Products, and Terms Every Girl Should Know

Having just returned from a three-day trip to Austin, Texas, for the city’s annual South by Southwest festival, a few of us are most certainly suffering from information overload. Thankfully, we’ve been able to take a step back and digest all that we did, saw, and overheard, and determined these are the five things every girl who couldn’t make it to the Bat City needs a Cliff Notes on in order to know what everyone is talking about (pictured, clockwise from top left):

Perhaps it's not surprising that the idea of authenticity was a big buzzword at a conference with indie roots. It certainly came up a lot at our own panel, “#FeelingBeautiful: Social Media and Women's Egos,” which prompted speaker Amanda de Cadenet to post this beautiful makeup-free selfie the following morning. “If you say, ‘I woke up like this,’ then let it be just that!” she wrote on Instagram. “I really did wake up like this!”

No, we’re not talking about Animal Planet’s adorably hard-to-resist TV show Meerkat Manor. Started by Ben Rubin, it seemed everyone—even Julia Louis-Dreyfus—was using the new service, which allows users to live stream video from an iPhone or iPad on Twitter. Of course, some are already proclaiming it over, but don’t you want to be able to say you knew it when?

Super is the latest from Twitter co-founder Biz Stone, who called his latest venture “an evolution in social communication” during his panel at SXSW. So what is it exactly? Well, at the risk of butchering Stone’s philosophical explanation of it, we’ll just urge you to go check it out instead.

The tech giant had a huge presence at the festival, hosting concerts with Mary J. Blige, Iggy Azalea, A$AP Rocky, and British band Hot Chip. And oh yeah—the company debuted its VR headset powered by Oculus Rift, too. The headset integrates with the Galaxy Note 4 allowing users to experience an “immersive experience” with their media, whether it be through virtual reality or gaming.

Once you picked up your badge at SXSW, you were gifted a tote, proclaiming it “the original wearable.” Cute, but that didn’t stop the buzz around some of the other tech innovations there, like the Nymi, Mighty Cast, and designer Pauline van Dongen’s coats and dresses that are embedded with solar panels that are able to charge smartphones. Handy for when you’re at a festival and out of battery from too much Meerkat-ing, Super-ing, and authentic selfie-ing. 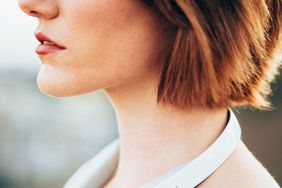 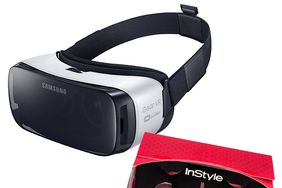 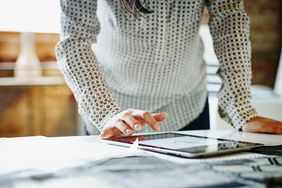 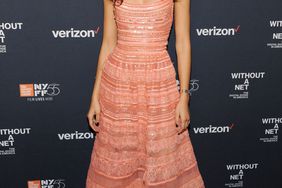