Thelma & Louise was filmed 25 years ago, but somehow Geena Davis and Susan Sarandon haven't aged a day. The actresses, who played the title characters in the 1991 film, reunited on Thursday in their iconic 1966 Ford Thunderbird at the Good Morning America studios, People reports.

For the occasion, Sarandon, 69, wore a bomber jacket and aviators, while Davis, 60, donned a light pink dress. The duo laughed and smiled behind the wheel for the above snap.

The movie, directed by Ridley Scott, won an Oscar for best original screenplay and also starred a young Brad Pitt. And while this reunion marks the film's 25-year anniversary, it isn’t the first time Davis and Sarandon have reminisced about the classic. In 2014 the ladies recreated their iconic selfie in Twitter pic:

These two stars will never go out of style.

Celebrities in Bikinis
It's Been 10 Years Since Rebecca Black Released "Friday," and the Internet's No Kinder to Young Girls 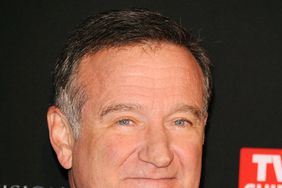