Stranger Things fans, cover your ears, because Chief Hopper has some bad news. David Harbour, who plays Hawkins’s police chief and the Internet’s new boyfriend, dished on Season 3, and you’re not going to like what you’re about to hear.

Unfortunately, we’re going to be waiting a long time until Netflix releases new episodes. Season 3 probably won’t come out until 2019, to be exact.

“I mean, one of the things that’s annoying for fans is that it takes us a long time to do them,” Harbour told Variety. “Like, you probably won’t get [Season 3] until sometime in 2019.”

After you dry your tears, his explanation will serve as a bit of a pick-me-up. “But also part of the thing is, like any good thing, they need time. And those guys work so hard. I mean, they just sit in their apartment and write for 12, 14 hours a day,” he said.

At least we can rest assured knowing that the Duffer brothers are hard at work delivering us another sure to be epic season. The writers have also confirmed that there will be a time jump between Seasons 2 and 3, as the kids will be growing up in real life.

“They’re going to be almost a year older by the time we start shooting Season 3,” Matt Duffer told The Hollywood Reporter. “It forces you to do a time jump. But what I like is that it makes you evolve the show. It forces the show to evolve and change, because the kids are changing.” 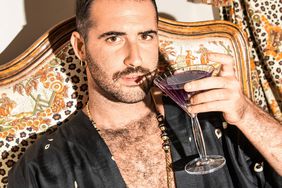