Everyone's favorite friendship got even better.

Legendary singer and shawl connoisseur (not to mention the best part of American Horror Story: Coven) Stevie Nicks and Harry Styles aren't quiet about their friendship. They go all the way back to 2015, when Styles brought Nicks a cake after a London concert. (Nicks also joined Styles on stage last year during his tour to perform "Landslide.") Today, Nicks gave her pal the ultimate compliment, saying that his latest album, Fine Line, was the album getting her through her self-isolation and that the material was on par with Fleetwood Mac's album Rumors. If there's something bigger than that, we don't know what it is.

Nicks made the announcement in the most Stevie Nicks way possible via Twitter, with a note that looked like it came from a '90s version of Microsoft Office and hand-decorated with heart doodles, stars, and what appear to be birds. She added that while she's keeping to herself, she's "Listening to music (mostly Harry Styles’ Fine Line) and being inspired by him to write some new songs and poetry. Way to go H.~ it is your Rumours…" Additionally, she's drawing and painting.

Rolling Stone adds that last week, Nicks joined Lizzo, Gwen Stefani, Diplo to call on President Donald Trump and Treasury Secretary Steve Mnuchin to support the music community during the pandemic, since all tours have been postponed or canceled and huge festivals such as Coachella and Stagecoach have also delayed.

Nicks finished her note with a few words of hope, telling her followers, "Just Dance. This will pass. Love will find a way. It always does." 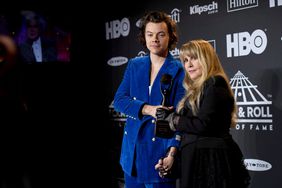 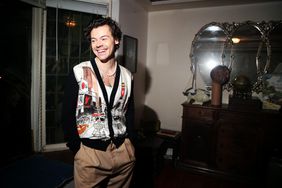 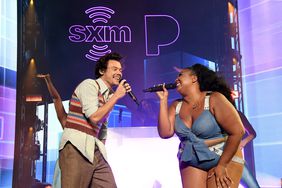 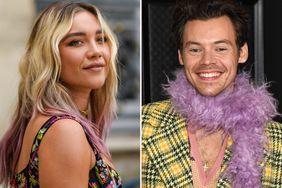 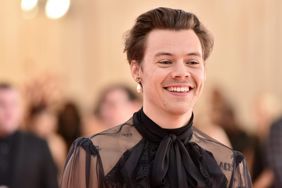