New York saw not one, but three nights at the museum this week.

Chanel kicked off Monday on a chic note, inviting activists like Christy Turlington Burns to support and honor Julianne Moore at the Museum of Modern Art’s annual Film Benefit, where the Oscar winner arrived with her 15-year-old daughter for one memorable red carpet moment.

At the Whitney Art Party, Zosia Mamet, Nina Dobrev, and Ashley Graham sipped champagne and celebrated works by artist Laura Owens. Later, Dior took over the Guggenheim for two nights, first for its annual International Gala Pre-Party, where the sisters of Haim performed their hits on stage, and later at the annual International Gala, where people like Kirsten Dunst and Dior Artistic Director Maria Grazia Chiuri dressed to the nines.

Not to be forgotten? The official start of awards season, which the Hollywood Foreign Press Association and InStyle welcomed at the Golden Globe Ambassador party, where Dwayne “The Rock” Johnson’s 16-year-old daughter Simone Garcia Johnson received the coveted title.

Scroll down to see the best parties of the week.

at the 2017 Guggenheim International Gala presented by Dior.

at the 2017 Guggenheim International Gala presented by Dior.

at the 2017 Guggenheim International Pre-Party presented by Dior.

at the 2017 Museum of Modern Art Film Benefit hosted by Chanel.

at the Sonia Rykiel dinner in L.A.

at the Sonia Rykiel dinner in L.A.

at a Mudbound dinner hosted by Audi Atmosphere at AFI Festival.

at a party celebrating her HVN collection at Ladurée. 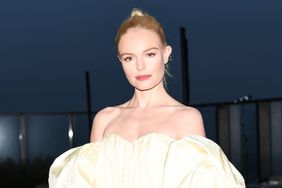 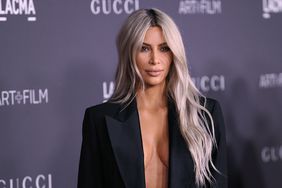