History has once again been made at the 2016 Summer Olympics in Rio. On Thursday, swimmer Simone Manuel became the first African-American woman to win gold in an individual swimming event.

The 20-year-old Manuel, in her first-ever Olympic games, tied with Canadian swimmer Penny Oleksiak in the 100-meter freestyle event. Both clocked in at an impressive 52.70 seconds and set a new Olympic record. The Stanford student immediately broke down in tears after her historic accomplishment—once she realized she had won.

“This medal is not just for me, it’s for a whole bunch of people who have come before me and have been an inspiration to me. And it’s for all the people after me, who believe they can’t do it. I just want to be an inspiration to others that you can do it,” she told NBC.

Manuel’s teammate and fellow gold medalist took to Twitter to express her excitement after the historic victory. “AHHH!!! My roomie @simone_manuel just won a gold medal! I’m shaking. So proud of you. #CHAMP,” she wrote. 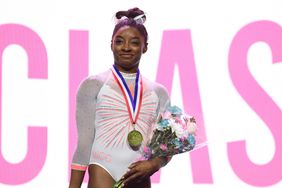 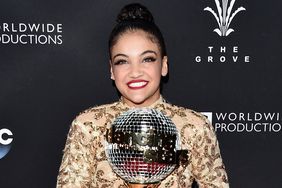