Shailene Woodley: "I Always Used to Roll My Eyes at High Fashion"

In the June issue of InStyle, cover girl Shailene Woodley looks right at home while modeling a range of floral looks by designers including Dolce & Gabbana, Dior, Mary Katrantzou, 3.1 Phillip Lim, and Christopher Kane. For the actress, dressing up was a break from her typically casual approach to style.

But the actress hasn't always been so comfortable with couture—it's more of a work in progress. "I always used to roll my eyes at high fashion," she says in the magazine, on newsstands and available for digital download May 16. "But I have a new appreciation of it as an art form. Food and fashion are similar for me. How do you keep creating new things out of a set amount of materials?" she asks, then lists Calvin Klein, Proenza Schouler, and Rodarte as favorites.

But those aforementioned favorites are really only for when she's getting gussied up. "We're talking about the red carpet because in my own life, I'm not into heels and still not into dresses, but I respect the creativity behind it." She reveals an inventory of her wardrobe at the moment: three long-sleeve shirts, seven short-sleeve shirts, two tank tops, a few pairs of leggings, jeans, and overalls. She's a devoted thrift store shopper, but says she hasn't "bought a piece of clothing in a year or two."

@instyle cover girl @shailenewoodley says she hasn't "bought a piece of clothing in a year or two."

The minimalist approach makes getting dressed easy, especially with her nomadic life—in hotels when she's working (she makes them homey with sage, candles, and incense), and at friends' houses at other times. Putting down roots is just not a priority right now. "Hey, I could fall in love with an Aussie and move to Australia," she says. "Who knows!"

For Shailene Woodley's full feature, pick up the June issue of InStyle, available on newsstands and for digital download May 16.

Want more of the actress now? See her best looks ever in our gallery! 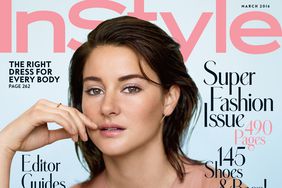 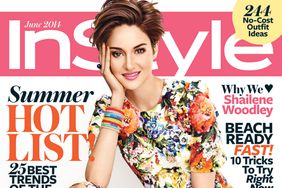 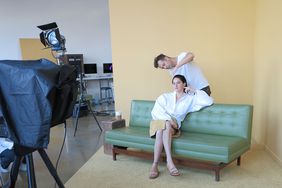 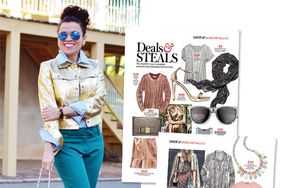 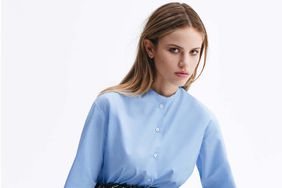