Last night, Big Little Lies was full of drama as the "Monterey Five" all tried to move on after Perry's (Alexander Skarsgård) death.

Shailene Woodley Is Scared of Love — But Not Much Else

Jane (Shailene Woodley), whose forehead was visible in season one, now has dark, almost-black brown hair and blunt, choppy baby bangs. After dealing with the emotional distress of her sexual assault in season one, plus discovering that her abuser was married to one of the other mothers of Otter Bay Elementary School, Jane undoubtedly deserves a fresh start.

The bangs, however, just might the right drastic change to help her leave everything behind. At least, that's what Madeleine thinks. In one scene, we hear Madeleine talking on her AirPods (assuming with Celeste) about how she regrets encouraging Jane to get bangs. "I’m beating myself up that I told Jane I liked her bangs," she says.

Look, as someone who's trimmed their own bangs, Jane's look like mine always did: Uneven, jagged, and erratic. My DIY trims always happened during times when I was trying to grow out my bangs. I would impulsively cut my bangs when they were almost long enough to not be considered bangs anymore because having a visible forehead would take me out of my comfort zone, and make me feel too exposed to the world.

Circling back to Jane, perhaps her not-so-great bangs are a sign that while she may be keeping it together on the outside, she hasn't completely overcome her inner turmoil after Perry's death.

Only time will tell if Jane's bangs are foreshadowing a season two plot line, or they're just a hair regret in the making. Hey, we've all been there. 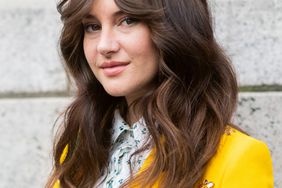