Money is power, and women aren’t getting their share of it. In America, men earn 20% more than women, and that disparity is even greater for women of color. Now is the time to close that gap—and these are the women doing it.

You know when you smell cigarette smoke in a public place? At first, you just scrunch your nose. Then, it reminds you that it used to be okay, just the norm, to smoke everywhere. It makes you wonder how that was ever acceptable—how it took us years of silent discomfort, then campaigning, and then slow lawmaking to notice how bad it was in the first place. That actually happens a lot: common-sense issues fly under the radar until enough people speak up, and suddenly it’s unimaginable how we remained silent for so long.

Women make less than 80 cents for every dollar earned by a man doing the same work. For women of color, those numbers drop even lower: 63 cents for black women, 57 cents for native women, and 54 cents for latinas.

This isn’t a new phenomenon—or a new fight. Equal Pay Day was created to shine a spotlight on gender inequity in the workplace. It always falls in April because a woman would need to work until April of the following year to earn what a man earned the previous year, doing the same work. It’s based on the foundational principle of “Equal pay for equal work.” Simple, right?

And yet, the problem is systemic, pervasive, and crushing to both the potential of the women who are being undervalued and the businesses and communities that could be better served were women recognized and compensated for their true worth.

In the American workplace, there is a hierarchy of value, and women are not on top. Women of color are valued least. It’s a reality we’ve lived with for a long time. Part of the problem is that in many professions in which women are concentrated, workers themselves as well as their output continue to be undervalued. In industries like care work, where many women struggle to meet their basic needs, the annual median income is $13,000 per year.

But this year it feels different. In 2017, a phenomenon took place that has changed the gender inequality conversation forever. We finally started to shine a light on the realities women face in the workplace.

When Susan Fowler wrote her blog post “Reflecting on One Very, Very Strange Year at Uber,” revealing the discrimination she experienced as a woman working in Silicon Valley, she was told she had no upward career trajectory. She was sexually harassed, victim-blamed, and threatened with termination for reporting the harassment to HR. Other women in Silicon Valley came forward, and a tech industry reckoning began. Women working in Hollywood saw this and came forward with their own stories of harassment, assault, and abuse of power, and on October 5, 2017, The New York Times published a pivotal report revealing decades of sexual harassment and assault at the hands of now-exiled film producer Harvey Weinstein. Just 10 days later, the #MeToo hashtag, founded as a movement by Tarana Burke and tweeted by Alyssa Milano, was used by more than 4.7 million people in 12 million posts on Facebook. It was then—in the glow of #MeToo—that Latina farmworker women sent a letter of solidarity to women in Hollywood, and the TIME’S UP Legal Defense Fund was born.

Equal Pay Day looks different in the #MeToo moment. Each #MeToo story amplified the voice of a woman who has been underpaid, shut out, harassed, assaulted, undermined, ignored, or threatened. We can see clearly how it is that women are paid less when the gender discrimination that leads to the wage gap is exposed. For a home care worker like June Barrett, it becomes the impossible choice of safety in the workplace or receiving a paycheck that pays her medical bills and rent. For a housecleaner like Etelbina Hauser, it’s the economic cost of losing weeks of pay after leaving a job where she is sexually harassed. In the context of a film industry in which Harvey Weinstein had for decades been using his power over actresses’ careers to bully, assault, and silence them, we gain a deeper understanding of how it’s possible that Michelle Williams received $1,000 for reshooting scenes for All the Money in the World while her co-star, Mark Wahlberg, received $1.5 million.

Pay inequality and sexual harassment are inextricably linked. They are both the result of a culture in which women’s lives and contributions are devalued. The cultural devaluation of “women’s work” has resulted in the vulnerability of an entire workforce of professionals who work in our homes—the nannies, house cleaners, and home care workers who support our families and aging and disabled loved ones. It has resulted in the disproportionate concentration of women in workforces that earn low wages (two thirds of all minimum wage workers are women). And it has resulted in a pervasive devaluing of women’s work in every corner of our economy.

Whether it's through initiatives like Equal Pay Day or #MeToo, addressing all forms of gender inequality rests on our ability to come together. That is precisely what we are doing. Our solutions must undo past exclusions and ensure that no woman, or person, is left behind. Women who have been left out of our labor laws, news headlines, and Senate hearings—like domestic workers and farmworker women—are fundamental to the movement. And so when Time’s Up was announced in January, Meryl Streep asked me to be her plus one to the Golden Globes as an expression of unity among women in all professions, in pursuit of safety and respect in the workplace. Women working in Hollywood recognize that equal pay for equal work won’t be possible as long as domestic workers are vulnerable to sexual assault in private homes or farmworkers are denied a minimum wage or restaurant workers are expected to endure harassment in exchange for tips. Equal pay is only achievable if we address the underlying attitude toward women that drives unequal pay.

Women are coming together in unprecedented ways to shine a light on the gender inequality that affects us all. And we’ll be raising our voices until we are heard. This year, in an unstoppable show of power, more than 100 domestic workers and farmworker women, led by the National Domestic Workers Alliance and Alianza Nacional de Campesinas (National Farmworker Women’s Alliance), are set to meet with members of Congress on April 24, during Sexual Assault Awareness Month. We will be demanding policies that keep all working women safe from sexual violence: no exclusions, no loopholes. This Equal Pay Day, there’s no ignoring the smoke.

Ai-jen Poo is the executive director of the National Domestic Workers Alliance and the co-director of Caring Across Generations. 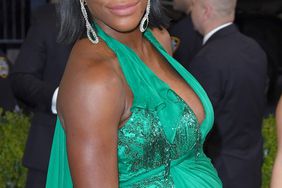 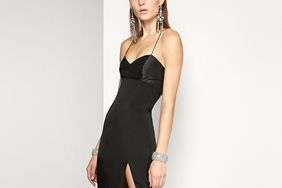