Serena Williams won't be defending her Australian Open title later this month. The tennis superstar posted a statement on her Snapchat announcing that she has decided to withdraw from the Grand Slam tournament.

In a note she uploaded, Williams writes: "After performing in my first match after giving birth I realized that although I am super close I’m not where I personally want to be.”

“My coach and team always said ‘Only go to tournaments when you are prepared to go all the way.’ With that being said I am disappointed to say I’ve decided not to compete in The Australian Open this year,” she continued. “However, the memory of last year’s Open is one that I will carry with me and Olympia and I look forward to coming back again. I appreciate the support and understanding of my fans and everyone at the Australian Open,"

During last year's Australian Open, Williams discovered that she was eight weeks pregnant with her daughter Olympia Ohanian. She went on to win the tournament, earning her 23rd Grand Slam title.

At the end of 2017 Williams competed against French Open champion Jelena Ostapenko in the Mubadala World Tennis Championship in Abu Dhabi. While she lost the match, she seems upbeat about her return to the game.

“It’s good to be back on the court,” Williams said after the match, ESPN reported. “This was such a good time for me. First matches back are always super-incredibly hard, especially after having a baby. It was great. I was glad I could do it here.” 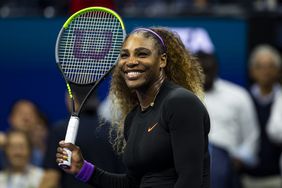 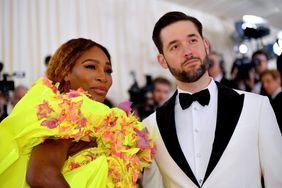