Serena Williams Is Reportedly Getting Married in New Orleans This Week

A little more than two months after welcoming her first child with fiancé, Alexis Ohanian, the 23-time Grand Slam champion is reportedly ready for another relationship milestone, as she plans to walk down the aisle this week. According to People, a source revealed that the new parents are expected to tie the knot in New Orleans, Louisiana, with an arrival into the southern city as early as Wednesday.

The star-studded guest list is rumored to include celebrities, like Beyoncé and Jay-Z, Kris Jenner, and Meghan Markle, who will watch the lovebirds say their "I do's" at the city's Contemporary Arts Center.

Earlier this month, the tennis star, who began dating her Reddit co-founder beau in 2015, proved that she's ready to say goodbye to the single life as she enjoyed a bachelorette weekend surrounded by friends and family in New York City. 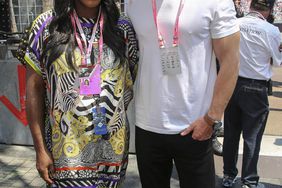