Selena Gomez has been blessing us with new singles and music videos for the past few months, and now she’s getting ready to make an even bigger release. The singer says that she has not one but TWO albums worth of music at the ready, and we can expect to hear them pretty soon.

“I want to get back in [the studio] and re-focus on all of my music. To be honest, I feel like I have two albums already completed, but I’m wanting to figure it out. So it’s a lot sooner than I think people anticipate,” Gomez told Apple Music's Zane Lowe, sending Selenators into a frenzy.

“I want to call the shots. I want it to be good, I want to be ready, I don’t want to do anything that’s forced. It will be soon,” Gomez added.

To add to the hype, the star said her music will be “a lot more meaningful” this time around. “I didn’t want it to be crowded by over-glamorized things and the pop world can just be really distracting sometimes. This year, I did it at my own pace,” she added.

As for her friend Taylor Swift’s upcoming album, Reputation, which drops Nov. 10, Gomez has already gotten to hear it and has a glowing review. “Would you expect any less? She’s killin’ it. It’s everything you would want and more.” 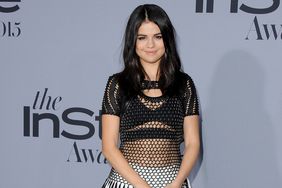 Selena Gomez on Her New, Boundary-Pushing Style: "I Just Feel Like a Woman"