Between her music, street style outings, red carpet appearances, and her high-profile relationship with singer The Weeknd, everything seems to be coming up Gomez.

The “Bad Liar” songstress adds but another feather to her cap this month on the cover of The Business of Fashion’s “Generation Next” issue. Selena’s cover shot appears to have been taken on the set of her “Fetish” music video. In the captivating frame, the former Disney Channel star wears an old-fashioned floral dress as she poses in a barren locale, a mobile home ominously looming in the background.

Photographer Petra Collins posted the cover image on Instagram on Tuesday, noting that the shot was au natural. “No hair makeup styling etc—we took this on a little road trip,” Collins captioned the photo.

Gomez is one of four cover stars for the special issue; other covers feature Lily-Rose Depp, Adwoa Aboah, and Kris Wu.

Selena Gomez and The Weeknd Are September Style Goals in N.Y.C.

Hey Selena, we think you’re *very* pretty without any makeup on. 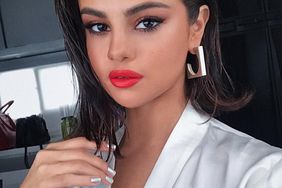 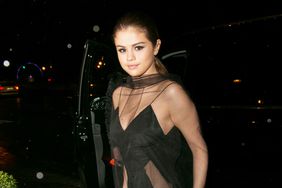 Selena Gomez Makes a Cutout Dress Look Classy
It's Been 10 Years Since Rebecca Black Released "Friday," and the Internet's No Kinder to Young Girls