The Most Important Lesson Selena Gomez Learned in 2016

The singer and actress recently used the social media platform's live Stories feature for a frank discussion about the biggest lesson she learned in 2016, a somewhat tumultuous year during which she canceled part of her Revival world tour to focus on her own mental health and stayed out of the spotlight and off of social media for three months.

"Biggest lesson of 2016 would definitely be awareness," she said. "I think it's really important to be aware of the people you’re surrounding yourself with, the people that are purposefully the ones you're spending time with."

The video, filmed during what looked like a leisurely lunch at a home with friends, had Gomez reflecting on the type of people that surround her. "We go to dinner sometimes with friends, and ... we'll leave and we'll think, 'That was such a pointless dinner. What did I learn from it? What did I gain from it? What was the point of it?'" she says.

"And then other nights we'll end up just at the table for five hours with friends … [discussing] where you are in life," she continues. "We're constantly checking in with each other. Like 'Hey, are you good? Are you good?'"

Gomez's friend behind the camera agreed with the star's sentiments adding, "It's super important to have those people that you can count on and rely on."

Here's to hoping 2017 only brings good vibes to (and new music from) the star. 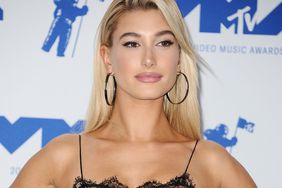