Selena Gomez has shared the first look at her upcoming official “Wolves” music video, and she literally dazzles in the sneak peek.

On Monday, the singer tweeted out a clip promoting the “world premiere performance” of her song, “Wolves,” which she’ll perform live for the first time at the 2017 American Music Awards.

In the first look, Gomez radiates in a sparkling silver dress, strutting her stuff until she ends up on top of a tall diving board. The star, rocking a sultry red lip and slicked back hair, also crawls and croons in the clip for her new song with Marshmello.

“Here’s a first look at the music video for Wolves! Tune-in to the @amas Nov 19th to see me perform it live for the first time,” Gomez wrote on Twitter.

This isn't the singer's first "Wolves" music video: When the song was first released, it was accompanied by visuals, including a scene of Gomez standing on top of a diving board. The singer also shot a "music video" for the song on her iPhone, where she's dancing around with wet hair in a robe.

When Gomez takes to the stage at the American Music Awards, it will mark the first time she performs live since her scary kidney transplant this past summer. 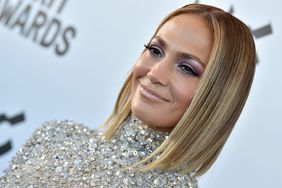 Andra Day Enters a New Season
It's Been 10 Years Since Rebecca Black Released "Friday," and the Internet's No Kinder to Young Girls 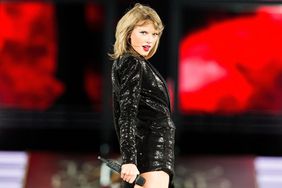