When it comes to short hair, Ginnifer Goodwin is not one to care. The Once Upon a Time star, who rings in her 37th birthday today, has been experimenting with different hairstyles from early on in her career—ranging from curly crops and long waves to blunt bangs and chic updos. The actress eventually turned to a bold pixie cut, which she debuted in 2012, and it became go-to look. The perk of the style, she previously revealed, is the low maintenance factor: "I really am super lazy and doing long hair, especially mine, is a big pain in the butt. It's filled with cowlicks and kinks and curls and frizz–and it was taking too much time in the morning. This honestly takes me two minutes."

To celebrate Goodwin's birthday, we're taking a look back at her memorable hairstyles: long, short, and every length in between. 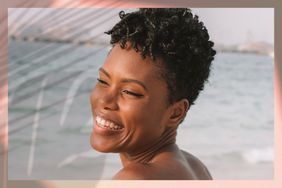