On the eve of the Screen Actors Guild Awards, stars like John Legend, Lily Collins, Nicole Kidman, Sarah Paulson, and more hit the red carpet at the 28th Annual Producers Guild of America Awards at the Beverly Hilton Hotel in Beverly Hills to celebrate the producers that brought their films to life, where Legend delivered a powerful address.

Paulson stunned in a sparkling Margiela number, while Collins continued her winning awards season fashion streak, wowing in an emerald green, backless Emanuel Ungaro gown. She paired the look with metallic earrings and wore her chic bob tucked behind her ears.

Lion star Kidman also dazzled at the event, striking a pose with husband Keith Urban while wearing a cream gown embellished with clusters of floral crystals, and gold heels.

Teresa Palmer, was on hand to present a clip for Hacksaw Ridge, and she showed off her post-baby body in a beaded J. Mendel gown, telling InStyle, “I just had a baby six weeks ago, so I was like 'anything where I can hide some Spanx would be great.'”

The Hacksaw Ridge star, who welcomed her second child, Forest Sage, with husband Mark Webber Dec. 12, said she had her newborn with her at the show. “I just bring him with me,” she continued. “He’s here tonight. He’s backstage so I can go and breastfeed, and as long as I can have my children with me while I work, I love that, and this industry has been particularly supportive of that.”

Another of our favorite Hollywood moms, Chrissy Teigen, kept her look minimalist-chic as she accompanied her husband John Legend to the fête, rocking a strapless LBD and black stiletto sandals. Legend, the music artist-turned-La La Land star, was on hand to present a clip for the film, whose producers ended up taking home the Darryl F. Zanuck Award for Outstanding Producer of Theatrical Motion Pictures.

Before presenting the clip though, Legend took a turn for the political, sharing his thoughts about President Donald Trump’s controversial executive order barring citizens from Iraq, Syria, Libya, Somalia, Yemen, Sudan, and Iran from entering the United States.

VIDEO: John Legend Speaks Out for a Cause

Legend told the crowd he and Teigen felt conflicted about attending the ceremony because of it, and donated funds to the ACLU after hearing about it. He encouraged the crowd to do the same, and said, “America has to be better than that...Los Angeles is the home of so many immigrants, so many creative people, so many dreamers, and those of us who work in this business have the privilege of shaping how the rest of the world perceives this country we love," the "Love Me Now" singer said. "We are the voice, we are the face of America. Our America is big, it is free, and it is open to dreamers of all races, all countries, all religions..."

Take a look at all of the Producers Guild Award Winners here. 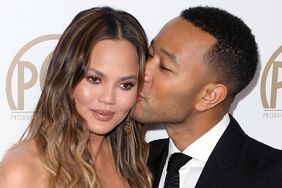 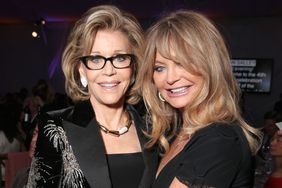