Fiancées usually don't get involved with their soon-to-be-husbands bachelor parties, but Scarlett Johansson says that she's got one major rule for his big bash. During an appearance on The Tonight Show Starring Jimmy Fallon, the subject of Jost's bachelor party came up and, surprisingly, Johansson had some pretty strong thoughts about who would be planning it, not what would go down.

Jost's Saturday Night Live co-star, Michael Che, dropped some hints about what the bash could possibly entail when he was on Fallon's show last September. Che insisted that he had to step in to plan it, because if Jost was left to his own devices, "it would be so boring."

"It would be definitely in the daytime and Scarlett will certainly be there," Che said.

Johansson axed that idea, saying that Che would definitely not be planning it. In fact, she seemed surprised that anyone took the suggestion seriously.

"Michael's not throwing it. He's not," Johansson insisted. "Is this is a thing now?"

It's not that Johansson thinks that things would get out of hand if Che was in charge, it's the opposite. She told Fallon that if he was spearheading the festivities, it would actually be too low-key.

Che has some history with Jost and Johansson. Back in July, he surprised the couple during Jost's birthday dinner by sending a clown. While Johansson looks like she had a great time in Che's Instagram Story documenting the incident, Jost looks less than amused. Maybe Johansson should give Che a little more credit, it's clear he knows how to have a good time. 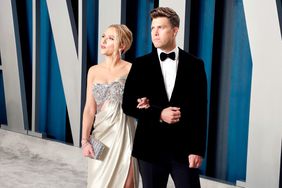 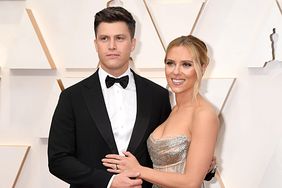