While a lot of celebrities have graced red carpets and movie premieres in the last week, Jennifer Garner spent her time in a less expected place—Clay County, Kentucky.

The actress traveled there to visit elementary schools, meeting kids to talk about education and outreach, and she had no qualms about revealing exactly what she learned to hundreds of guests at the Save the Children Illumination Gala on Wednesday. Garner ditched a prepared speech—opting to follow guest Joe Biden's advice to "go rogue"—and got pretty candid.

"I'm here to tell you that, yes, we have some troubles perhaps in our country and even in our world, but that just means you have to fight harder for your optimism," she said to a packed room at the American Museum of Natural History in N.Y.C. "You have to fight harder and hold onto your faith. And the way that I do that and the way I've done that over the last 10 years is visiting kids and families across this country for Save the Children."

Attendee and Save the Children ambassador Dakota Fanning could relate. Fanning told InStyle before the event that she has been on similar trips for Save the Children, and she has seen the program benefit young people.

"I got to visit preschools and see these after-school programs that keep the learning going. And I think what I was so moved by was how excited these children were about the programs and how excited they were about learning. I think every child is born with that and then for some, it kind of gets lost along the way because they don't have the tools or they don't have these programs in their schools," she said.

"I'm a huge supporter of the charity, I think they do incredible work around the globe in developing countries and in countries that are developed. It's amazing I get to be here and reward [Ryan] because he's been a big part of my journey," she said. "I've collaborated with him a lot on my music and it's just nice to give him something that's not to do with music and sort of support him in that way."

Lewis is currently working in the studio on new music and told us that she "expects to have new music next year."

Scroll down and view what the stars wore to the event below, and if you want to be part of the Save the Children mission, you can donate here to the cause.

in a Valentino dress.

in a Michael Kors dress and Bulgari jewelry. 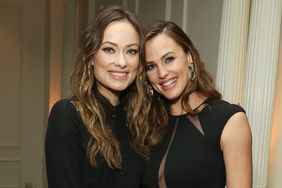 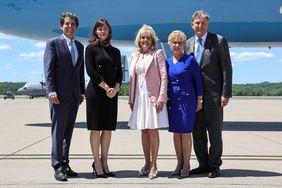 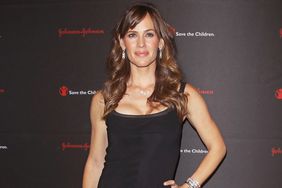