She wore them while recovering from the flu.

Hollywood couple Sarah Michelle Gellar and Freddie Prinze Jr. didn't make it to any of the Golden Globes after-parties, but Gellar isn't going to let that stop her from letting her followers know who's won her heart. In an Instagram post, she showed off a unique set of pajamas and proclaimed her love for her #mcm. The sleepwear featured a repeating pattern of Prinze Jr.'s face and even though Gellar admitted that she was recovering from the stomach flu, which explains why she was a no-show at the Globes festivities.

"#mcm (and yes this is how I watched the Globes, while recovering from the stomach flu)," she captioned the shot. She also tagged her husband, though it wasn't really necessary with his face all over her PJs.

Entertainment Tonight notes that Gellar and Prinze Jr. have been married for 17 years (!!) and share two children, Charlotte, 10, and Rocky, 7. And while the two have worked together in the past. They starred together in I Know What You Did Last Summer as well as Scooby-Doo and its sequel. However, she shut down the idea of future projects, saying that their family comes first: "I doubt it, because then who's home with the children?" she said. 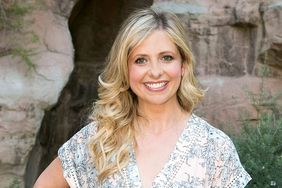 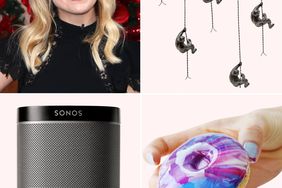