Ever since she made her much-awaited foray into the social media sphere last November, Sarah Jessica Parker has been keeping busy 'gramming about her travels, her current literary obsessions, and, of course, her shoes. Not surprisingly, the actress's arrival in the digital space was met with resounding approval: She's garnered 1.1 million followers to date, and was even crowned Rookie of the Year in our annual Social Media Awards.

So when we bumped into SJP at the opening of Fendi's Madison Avenue Boutique to fête the Italian fashion house's 3Baguette Bag project, we had to ask her who her favorite person was to follow. Her answer was both surprising and somehow not at all, considering she's a New Yorker. "Humans of New York is really touching and really interesting," she told InStyle.

Sarah Jessica Parker, Rihanna, and More Give the Fendi Baguette a Makeover

The account is affiliated with the photography blog of the same name, launched in summer 2010 by photographer Brandon Stanton. It chronicles residents of New York City, and shares quotes and short stories about how people met alongside the images. Adds SJP, "He [Stanton] is just a great storyteller, and I think the stories he tells are really important."

In addition to Humans of New York, Parker gets adventurous with who she follows. "I follow the flight attendant that I found," she said. "I like trying to find people in Russia or Kazakhstan. It’s sort of like having wanderlust and fake travel, in a way." Travel enthusiasts take note: You might get an interesting follower. 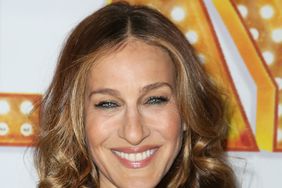 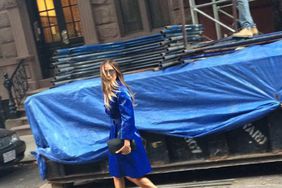 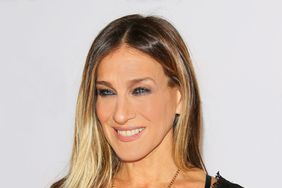