While we've been trying to figure out whether Sex and the City is coming back to our movie and television screens, Sarah Jessica Parker has been working hard. InStyle's January cover star just gave us exactly what we needed to end this year with a bang: her very own boutique.

SJP celebrated the grand opening of her first brick-and-mortar store at MGM National Harbor in Maryland on Thursday—brimming with her eponymous shoe label, of course. The location was an unexpected choice as we all thought the woman who made Carrie Bradshaw a legend would open a shop in New York City, right? But opening one was never something that she and partner George Malkemus had actually considered. "I think we've never really entertained our own store," Parker revealed in an interview with the Washingtonian. "I think George and I are really pragmatic ... As seductive as it is to think about stand-alone stores and having that opportunity, we really look at what's in front of us and that's where we need to focus our attention."

And as we all expected, the boutique is gorgeous—boasting shelves upon shelves of her bold footwear, some handbags, and a rack that features her very own Little Black Dress line. We absolutely know what we're asking for come Christmas time, which of course needs to include a trip to SJP's store.

Of the decor, she confessed that she wants her customers to "get what they are imagining. They should feel like they are walking into a jewelry box—that there's a party for their foot waiting here."

The Big Apple isn't out of the question though. "I mean, obviously it makes sense that one day we would—if our success allows us that—[open] in New York," the Divorce star divulged about opening a space in the fashion capital. 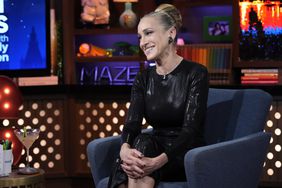 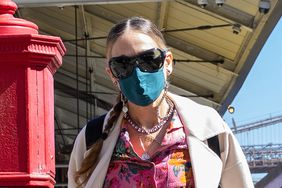