The TikTok star talks becoming the tonic the world needed after her parodies of the president went viral.

I've always been jealous of "talkers" — you know, people who can bullshit their way through their jobs, out of parking tickets, or into first-class lounges. When I worked at Google, it was usually a product manager who would come into a meeting, talk in circles, throw around a buzzword or 50, and walk out looking like a key team player despite the fact that no one was even sure what he'd said.

I've never been able to pull that off. I've always felt the need to choose my words very carefully or, better yet, not say anything at all. And for me as a Black woman in a white-male-dominated industry, it was often the best option. Black women usually don't get the luxury of faking their way through life and still succeeding, but when a white guy does it, he may even get to be the president of the United States.

That was the initial conceit when I started lip-synching President Donald Trump [on TikTok]. The first sound bite I did is still one of my favorites. In it, I, as Trump, say, "We're gonna form a committee. I'm gonna call it a committee. And we're gonna make decisions. And we're gonna make decisions fairly quickly. And I hope they're going to be the right decisions." Absolute nonsense. But it was exhilarating to play the most powerful man in the world and expose him as the clueless snake-oil salesman he is. I had taken away the suit and the podium and the people behind him smiling and nodding and calling him "sir," and all that was left were his empty words, which, in reality, were not the best. It felt like the antidote to the gaslighting.

I love how much people are drawn to my "impersonations" of Trump because they aren't really impersonations at all. I'm not trying to be Trump so much as I'm trying to make Trump me. In doing them, I simply ask myself, "How would I, Sarah Cooper, say these words?" The result is a fascinating combination of all the things I love toying with: observational humor, gender expectations, and, of course, the fake-it-till-you-make-it mentality.

Trump gives me so much material that it's hard to keep up. And now people are sending me clips and telling me what they want to see. In choosing clips, though, I always go with ones where I feel like I can use my expressions to expose the subtext, as well as those with opportunities to add visual props or other characters to tell a mini story. I listen to his improv and figure out how to make it into a sketch.

Lately I've chosen clips that are already so painfully bad, such as "MAGA loves the Black people." It usually boils down to the craziest thing he's said that day; tomorrow it could be something else.

Not all the clips work. Recently I started making a video based on Trump's conference call with the governors [where he told them they would all look like jerks if they didn't "dominate" protesters], but the audio was so bad, it gave me a headache and nothing was working. It was actually the second time I'd gone out to get McDonald's to use as a prop and ended up just eating it. [laughs]

To get the lip-synching just right, I have to listen to Trump's voice over and over again, which is pretty painful. And while my dog, Stella, loves the smell of McDonald's, my husband, Jeff, is ready to gouge his ears out [at the sound of Trump's voice]. So once I know what clip I want to use, I try to get it done quickly, which actually helps me not overthink it too much. Both Jeff and Stella have been very patient. Meanwhile my nephews, who taught me TikTok last summer, are now very impressed that their aunt is supposedly the TikTok queen. [laughs]

How I, an Adult, Succumbed to TikTok in Quarantine (And Do Not Regret It)

Internet fame happened so quickly, much like the quarantine. One day I was doing stand-up in clubs (OK, basements); the next, we were in lockdown and masks were mandatory. Before this I had about 60,000 Twitter followers and maybe got 10 retweets here and there. Now I have 1.5 million and counting. It's definitely surreal, but so many inexplicable and entirely unpredictable things have happened in the past four years that it doesn't seem surprising. I mean, Donald Trump is president, so literally anything is possible.

But what's really astonishing is that some Trump supporters are fans of the videos too. It's...confusing. I don't know if Trump has seen them, but I'm starting to think he might not realize I'm making fun of him. Maybe he's even flattered by my reenactments of all the preposterous things he gets away with saying on an hourly basis. But I am hoping he won't get away with them much longer.

And if my videos help some people who've mentally checked out of politics check back in again, I'm all for it. This is the year. Make sure you vote. Make sure you get involved and don't remain silent about the issues you care about. As much as I love making these videos, my dream is to fire my head writer and move on to new material. 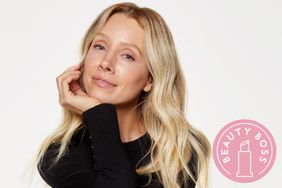