When Meghan Markle and Prince Harry tie the knot in a few weeks and officially marry, they'll be doing so in front of 2,640 fortunate viewers on the grounds of Windsor Castle.

They've invited everyone from close friends and family to charity organizers and good Samaritans, so the list is widespread. And like with any formal royal occasion, there are rules of etiquette that must be followed by all parties involved, even the non-royals.

What are the rules wedding guests will need to wise up on before the big day? The etiquette experts at The English Manner gave us a glimpse of what will be expected of wedding guests as they settle in to watch Meghan and Harry say "I do." If you're one of the lucky few to score an invite, you'll want to pay extra attention.

This is a royal wedding, not a royal rave, and The English Manner Chief Executive Alexandra Messervy outlined exactly how that affects the dress code.

"I would warn against plunging necklines or showing too much flesh," she told InStyle. "If escorting a member of the royal family, think about heel height, not only for ease and comfort but because of not wanting to tower above your guest. Always try not to potentially outshine them, so keep jewelry and colors discreet, and never bare legs."

While too much flash in your outfit is a no, an exquisite hat is a definite yes.

"Hats are de rigueur," said Messervy. "I saw the [wedding] invitation says uniform, lounge suit or morning coat, and dresses with hats for ladies. In years gone by, there would have been no need to state that hats should be worn, which is indicative of how lax our times have become, and lounge suit would never have been stated on a royal wedding invitation, always uniform or morning coat."

Even so, it's a highly formal event, and dressing accordingly shows respect to your hosts.

"The general rule of thumb is that attending any event requires a guest to acknowledge the formality of an occasion," said Masservy. "That shows that a guest has made an effort when the host has been good enough to invite them!"

Here's How Meghan Markle Is Making Millions for the Fashion Industry

3. Or wear a fascinator, if you must.

More and more, we've seen hats replaced by fascinators on royal occasions—including by Meghan Markle herself. While some can get away with it, Messervy remains a fan of hats, which are considered more traditional and formal.

"Fascinators are not really encouraged but seem to be taking shape as a modern preference over a hat. Hats are part of formal day dress for ladies at such events, and it is lovely to see an array of designs and color," she said. "I love hats and I believe they really make an occasion. Otherwise guests would just look as though they had popped out of the office. Long live hats!"

4. But make sure your hat doesn't block your neighbor's view.

Nobody wants to be stuck sitting behind the guest with the gigantic hat, blocking the view. Don't be that person.

"For a royal wedding it is also worth remembering that everyone wants to see, so avoid very wide or tall brims on hats," cautioned Messervy.

5. Understand the basics of royal protocol.

"Royal protocol" might sound scary and vague, but it isn't rocket science. Just be polite, take cues as they come, and bow or curtsey if the moment invites it.

"If [a guest is] in the presence of or introduced to members of the royal family, they are not duty-bound to curtsey or bow (particularly if from a different country)," explained Messervy. "But it is customary to do so, and is seen as polite and good manners. Always speak after being spoken to, and never proffer a handshake unless it is forthcoming from the royal."

6. This is not the time for selfies.

This is a no-phone zone, not a time to live stream for your Instagram fans.

"The key is not to embarrass one’s hosts (or oneself) at a formal event such as a wedding, and there are guidelines to no cameras, no phones, etc., which are fairly standard," said Messervy. "The royal family are always keen that only official photographs are taken, for understandable reasons."

"Talking over the Queen, not waiting to speak when spoken to, the usual issue of not ‘man handling’ royals, and then general behavior rules which apply to anyone," said Messervy.

It might seem strange at first, but Meghan and Harry requested monetary charitable donations in lieu of presents, so bringing a physical present would not be respectful.

"They have asked for no gifts but donations instead, which is rather a nice touch," said Messervy. "Clearly, they can have nearly anything they want in terms of items and also already have a furnished home to live in at Kensington Palace. And they are mindful that guests would have no clue about what to give or to spend, so this seems a very good idea and will help others." 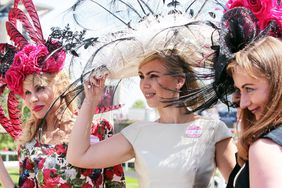 How I Survived the Royal Ascot's Strict Dress Code 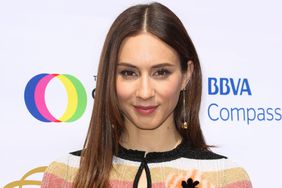